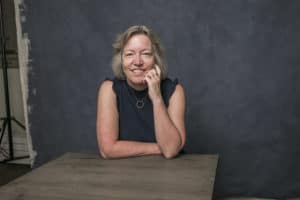 Dr. Catherine L. Kling is a Tisch University Professor in the Dyson School of Applied Economics and Management and Faculty Director at the Atkinson Center for a Sustainable Future at Cornell University. She is past Director of the Center for Agricultural and Rural Development at Iowa State University, where she also held the President’s Chair in Environmental Economics. She was elected to the National Academy of Sciences in 2015. Kling has published nearly 100 refereed journal articles and books chapters which have received over 8000 (google scholar) citations and is the editor of the Review of Environmental Economics and Policy. She specializes in the economic valuation of ecosystem services and integrated assessment modeling for water quality modeling. Her research program has received over $7 million in funding from the National Science Foundation, the US Department of Agriculture, the Iowa Department of Natural Resources, and the US Environmental Protection Agency, among others. Kling chairs the Water Science and Technology Board of the National Academy of Sciences and has been a member of six National Research Council studies. She served as president of the Association of Environmental and Resource Economists, has held editorial positions at ten economics journals, and has received seven awards from professional associations for her research. She is an elected Fellow of the Association of Environmental and Resources Economists, the Agricultural & Applied Economics Association, and a University Fellow at Resources for the Future. She served for ten years on EPA’s Science Advisory Board. 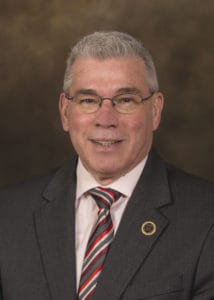 Dr. Jerry Hatfield is a retired laboratory and supervisory plant physiologist from the USDA-ARS National Laboratory for Agriculture and the Environment in Ames, Iowa. He received his Ph.D. from Iowa State University in 1975 in the area of agricultural climatology and statistics, a MS in agronomy from the University of Kentucky in 1972, and BS from Kansas State University in 1971.  He was appointed laboratory director of the National Soil Tilth Laboratory in 1989 (renamed the Laboratory for Agriculture and the Environment in October 2009).  Dr. Hatfield’s research emphasis is on the interactions among the components of the soil-plant-atmosphere continuum and their linkage to air, water, and soil quality as part of the agroecological system. His focus has been on the evaluation of farming systems and their response to water and nitrogen interactions across soils, as well as the evaluation of remote sensing methods to quantify spatial variation within fields for application to risk management tools.   Dr. Hatfield is the author of 497 refereed publications and the editor of 18 monographs. He served as the lead author on “The Effects of Climate Change on Agriculture, Land Resources, Water Resources, and Biodiversity” and a member of the IPCC process that received the 2007 Nobel Peace Prize.  Additionally, he was contributing author on “Agriculture” for the State of the Knowledge Report, “Global Climate Change Impacts in the United States.” He is a fellow of the American Society of Agronomy, Crop Science Society of America, and Soil Science Society of America.  He is also past-president of the American Society of Agronomy and member of the American Meteorological Society, American Geophysical Union, and Soil and Water Conservation Society.  He is the recipient of numerous awards including the 2011 Conservation Research Award from the Soil and Water Conservation Society, ARS Hall of Fame in 2014, the Hugh Hammond Bennett award from the Soil and Water Conservation Society in 2016, and a Presidential Rank Award for Distinguished Service in 2017. 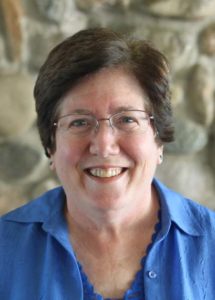 Dr. Sharon B. Megdal is Director of The University of Arizona Water Resources Research Center (WRRC), a Cooperative Extension center and a research unit in the College of Agriculture and Life Sciences. Her work focuses on water policy and management, on which she writes and frequently speaks. She also holds the titles: Professor and Specialist, Department of Environmental Science; C.W. & Modene Neely Endowed Professor; and Distinguished Outreach Professor.

The geographic scope of Dr. Megdal’s work ranges from local to international. Projects include: comparative evaluation of water management, policy, and governance in water-scarce regions; groundwater recharge; and transboundary aquifer assessment. She is the lead editor of the book, Shared Borders, Shared Waters: Israeli-Palestinian and Colorado River Basin Water Challenges. Her policy columns and Reflections can be found at https://wrrc.arizona.edu/director. Dr. Megdal teaches the multi-disciplinary graduate course “Water Policy in Arizona and Semi-arid Regions.”

Sharon Megdal serves as Board President of the International Arid Lands Consortium and Board Member of American Water Resources Association. She also represents the residents of Pima County on the elected Board of Directors for the Central Arizona Water Conservation District, also known as the Central Arizona Project (CAP). The CAP delivers Colorado River water to Central Arizona. Dr. Megdal has served on numerous Arizona boards and commissions, including the Arizona Corporation Commission, the State Transportation Board, and the Arizona Medical Board. She holds a Ph.D. degree in Economics from Princeton University.